Personlig side til Mario Bizzini

Tilbake til forrige side 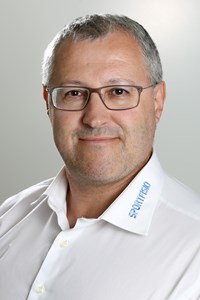 Mario Bizzini is as a research associate at the Schulthess Clinic in Zürich, Switzerland, where he works since 1989.

He earned a Master of Science degree from the University of Pittsburgh (School of Health and Rehabilitation Sciences, 2001), and completed his PhD at the Oslo Sports Trauma and Research Center at the Norwegian School of Sports Sciences (2010).

Mario was also 12 years (2002-2016) with the FIFA Medical Research and Assessment Center (F-MARC), and currently, he is with the Human Performance Lab and the Swiss Concussion Center. His research interests focus on prevention and rehabilitation of sports injuries.

Mario has at today 83 peer-reviewed publications, 6 books, and 17 book chapters on these topics, and is Deputy Editor of the British Journal of Sports Medicine. He is also a specialist in sports physiotherapy (he’s a committee member of the Swiss association of Sports Physiotherapy, and was in the Executive Board of the International Federation of Sports Physical Therapy between 2009 and 2017), a rehabilitation consultant for professional ice hockey and football/soccer teams, and has worked at three FIFA World Cups (2006, 2010, 2014), two FIFA Women’s World Cups (2007, 2015) and three Olympic Games (2008, 2012, 2016).

Tilbake til forrige side